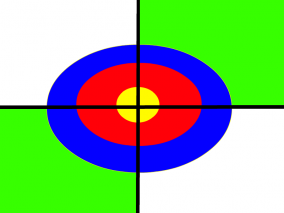 The Unified Tracts of Elejamie is a gargantuan, socially progressive nation, ruled by Mark Costello with a fair hand, and renowned for its multi-spousal wedding ceremonies, keen interest in outer space, and absence of drug laws. The compassionate, democratic, cheerful population of 29.983 billion Elejamians are free to do what they want with their own bodies, and vote for whomever they like in elections; if they go into business, however, they are regulated to within an inch of their lives.

The large, liberal government juggles the competing demands of Education, Administration, and Environment. It meets to discuss matters of state in the capital city of Coventry. The income tax rate is 100%.

The frighteningly efficient Elejamian economy, worth an astonishing 14,870 trillion Sofancs a year, is quite specialized and led by the Tourism industry, with significant contributions from Information Technology and Book Publishing. State-owned companies are common. Average income is an amazing 495,967 Sofancs, and distributed extremely evenly, with practically no difference between the richest and poorest citizens.

Members of the government all have oddly similar anecdotes about their childhoods, vital intelligence-gathering activities are put on hold as agents return home for seduction training and advanced poker instruction, parents often leave their kids in the car while they attend mindfulness meditation sessions, and welfare funding has recently gone through the roof. Crime is totally unknown, thanks to a capable police force and progressive social policies in education and welfare. Elejamie's national animal is the elephant, which frolics freely in the nation's many lush forests, and its national religion is Industrial music.

Elejamie is ranked 24th in the world and 3rd in The East Pacific for Most Cultured, scoring 1,104 on the Snufflebottom-Wiggendum Pentatonic Scale.

Most Recent Government Activity: 98 minutes ago

The Three States of Fortuna,

Stellar Colonies, and 101 others.

The 7th Coalition of Alba,

Federation Of The Artics,