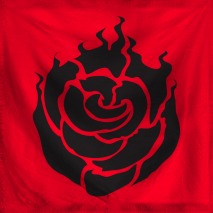 The Imperium of Kardjali is a colossal, environmentally stunning nation, ruled by Empress Cirilla with an even hand, and renowned for its ubiquitous missile silos, unlimited-speed roads, and devotion to social welfare. The compassionate, cheerful population of 9.622 billion Kardjalians have some civil rights, but not too many, enjoy the freedom to spend their money however they like, to a point, and take part in free and open elections, although not too often.

The large government juggles the competing demands of Education, Administration, and Industry. It meets to discuss matters of state in the capital city of Enoch. The average income tax rate is 99.4%.

The frighteningly efficient Kardjalian economy, worth a remarkable 2,329 trillion Sharisites a year, is quite specialized and led by the Information Technology industry, with major contributions from Tourism, Book Publishing, and Arms Manufacturing. State-owned companies are common. Average income is an amazing 242,073 Sharisites, and distributed extremely evenly, with little difference between the richest and poorest citizens.

Corporate lawyers are switching careers to the more lucrative field of green politics, hospitals are amongst the best-funded in the region, Empress Cirilla's used car is held together by bumper stickers that support the opposition, and anti-government web sites are springing up. Crime, especially youth-related, is totally unknown, thanks to a well-funded police force and progressive social policies in education and welfare. Kardjali's national animal is the Blood Raven, which soars majestically through the nation's famously clear skies, and its national religion is The Temple of Lalalej.

Kardjali is ranked 238,223rd in the world and 1,272nd in Europe for Largest Insurance Industry, scoring -22.18 on the Risk Expulsion Effectiveness Rating.

The Fair Republic, and 60 others.

The Kingdom of Denmark,