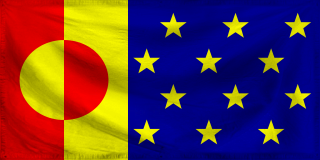 The Democratic Free Republic of Karlando is a gargantuan, environmentally stunning nation, ruled by Karl McSwansson with an even hand, and remarkable for its state-planned economy, daily referendums, and soft-spoken computers. The compassionate, democratic, cheerful population of 13.531 billion Karlandonians enjoy extensive civil rights and enjoy a level of social equality free from the usual accompanying government corruption.

The enormous, liberal, socially-minded government juggles the competing demands of Education, Environment, and Healthcare. It meets to discuss matters of state in the capital city of Karlandonia City. The average income tax rate is 98.1%.

The frighteningly efficient Karlandonan economy, worth a remarkable 2,460 trillion Krawas a year, is driven entirely by a combination of government and state-owned industry, with private enterprise illegal. The industrial sector, which is highly specialized, is mostly made up of the Information Technology industry, with significant contributions from Book Publishing and Tourism. Average income is an impressive 181,807 Krawas, and distributed extremely evenly, with practically no difference between the richest and poorest citizens.

Guide dogs for the blind have been seen using government websites, one tree's worth of paperwork accompanies each imported log of timber, monarchs only get custody of the royal crown on holidays and weekends, and libraries are now installed with jacuzzis and mini-bars. Crime is totally unknown, thanks to a capable police force and progressive social policies in education and welfare. Karlando's national animal is the Swan, which frolics freely in the nation's many lush forests, and its national religion is Swanism.