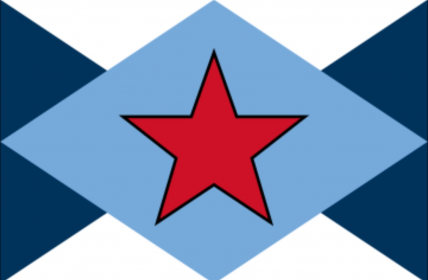 The People's Republic of -Gregoria is a colossal, orderly nation, ruled by General Secretary Reugo Tikova with an iron fist, and renowned for its rampant corporate plagiarism, zero percent divorce rate, and restrictive gun laws. The cynical population of 6.273 billion Gregorians are ruled by a mostly-benevolent dictator, who grants the populace the freedom to live their own lives but watches carefully for anyone to slip up.

The enormous, well-organized government juggles the competing demands of Education, Healthcare, and Environment. It meets to discuss matters of state in the capital city of Kalulu. The average income tax rate is 72.9%, and even higher for the wealthy.

The Gregorian economy, worth 298 trillion Gregorian Fruukas a year, is extremely specialized and solely comprised of the Trout Farming industry. State-owned companies are common. Average income is 47,640 Gregorian Fruukas, and distributed extremely evenly, with little difference between the richest and poorest citizens.

The Finance Ministry posts hourly updates on where taxpayer money is spent, military strategists are questioning the wisdom of subsidizing the economies of sworn enemies, the government frequently panders to parents with boutique tax credits, and teams of painters are converting road signs from horse lengths to kilometers. Crime is totally unknown, thanks to a very well-funded police force and progressive social policies in education and welfare. -Gregoria's national animal is the Whale, which frolics freely in the nation's sparkling oceans, and its national religion is State atheism.

-Gregoria is ranked 183,009th in the world and 388th in The Communist Bloc for Most Primitive, scoring -89.39 on the Scary Big Number Scale.

The Workers Union of Habsburg-Lorraine,

The Union of Malaysian Socialists,

United Soviets of the Socialist Republic,