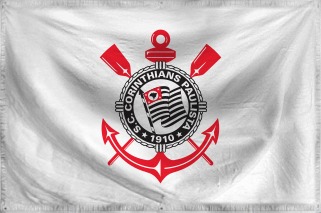 The Fielzão of Timao is a gargantuan, safe nation, ruled by Fofômeno and Marcelinho Carioca and Neto with an even hand, and notable for its museums and concert halls, rampant corporate plagiarism, and prohibition of alcohol. The compassionate, democratic, cheerful population of 38.532 billion Corinthians have some civil rights, but not too many, enjoy the freedom to spend their money however they like, to a point, and take part in free and open elections, although not too often.

The enormous government juggles the competing demands of Education, Environment, and Welfare. It meets to discuss matters of state in the capital city of Itaquerão. The income tax rate is 100%.

The enormous but inefficient Timaoan economy, worth a remarkable 9,127 trillion Fifa Club World Cups a year, is driven entirely by a combination of government and state-owned industry, with private enterprise illegal. The industrial sector is mostly made up of the Information Technology industry. Average income is an amazing 236,881 Fifa Club World Cups, and distributed extremely evenly, with little difference between the richest and poorest citizens.

Political satirists and late night comedians weep as the government begins cleaning up its act, the government has spent days debating the merits of a petition calling for a ban on sporks, community-designed sword prostheses are becoming dangerously common, and much of Timao's computer network is controlled by a rampant artificial intelligence. Crime is totally unknown. Timao's national animal is the Gavião, which frolics freely in the nation's many lush forests, and its national religion is Coringão.

Timao is ranked 3rd in the world and 1st in The Proletariat Coalition for Healthiest Citizens, with 111.04 bananas ingested per day.

Most Recent Government Activity: 82 minutes ago