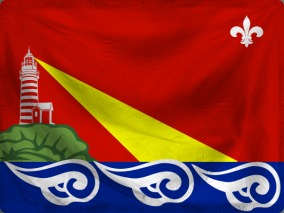 The Free Secular Federation of Nation of Quebec is a gargantuan, cultured nation, ruled by Jean-Luc Lacombe with a fair hand, and notable for its museums and concert halls, barren, inhospitable landscape, and deadly medical pandemics. The hard-nosed, democratic, humorless population of 33.241 billion Quebeckers love a good election, and the government gives them plenty of them. Universities tend to be full of students debating the merits of various civil and political rights, while businesses are tightly regulated and the wealthy viewed with suspicion.

The minute, outspoken government, or what there is of one, prioritizes Education, with Law & Order, Industry, and Healthcare also on the agenda, while Spirituality and Social Policy receive no funds. It meets to discuss matters of state in the capital city of Freedom. Income tax is unheard of.

The frighteningly efficient Quebecian economy, worth an astonishing 16,098 trillion Federation Lire a year, is broadly diversified and led by the Information Technology industry, with significant contributions from Book Publishing, Arms Manufacturing, and Automobile Manufacturing. State-owned companies are common. Average income is an amazing 484,294 Federation Lire, and distributed extremely evenly, with little difference between the richest and poorest citizens.

Young children are regularly seen wagering pocket money at blackjack tables, it is believed that belligerence is a passing phase foreign leaders will soon outgrow, the breathalyser pledge is a traditional part of marriages in Nation of Quebec, and costumed characters wearing Maxtopian Grass leaves remind citizens that the government now sells the green stuff. Crime, especially youth-related, is all-pervasive, with the police force struggling against a lack of funding and a high mortality rate. Nation of Quebec's national animal is the Sasquatch, which teeters on the brink of extinction due to widespread deforestation.

Nation of Quebec is ranked 4,554th in the world and 38th in Capitalist Paradise for Most Politically Apathetic Citizens, with 61.31 Whatever.