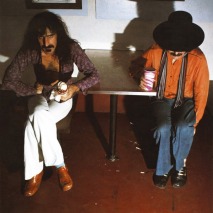 The Fore-Shortened Corn Flakes of Bongo Fury is a colossal, cultured nation, ruled by Sam with the Showing Scalp Flat Top with a fair hand, and remarkable for its deadly medical pandemics, free-roaming dinosaurs, and absence of drug laws. The compassionate, hard-working, democratic population of 6.127 billion Bongo Furyians live in a state of perpetual fear, as a complete breakdown of social order has led to the rise of order through biker gangs.

The relatively small, corrupt, liberal, pro-business, outspoken government prioritizes Education, although Industry, Administration, and Environment are also considered important, while Defense and Spirituality receive no funds. It meets to discuss matters of state in the capital city of Utility Muffin Research Kitchen. The average income tax rate is 35.7%.

The frighteningly efficient Bongo Furyian economy, worth a remarkable 1,826 trillion muffins a year, is broadly diversified and led by the Information Technology industry, with major contributions from Tourism, Retail, and Book Publishing. Black market activity is rampant. Average income is an amazing 298,166 muffins, with the richest citizens earning 5.3 times as much as the poorest.

Schoolyard sandboxes resemble ashtrays due to the large number of cigarette butts, citizens sport solarium-kissed tans that are perfectly even except for the occasional melanoma, the fattest folk in Bongo Fury look to be the happiest ones, and politicians always seem to take two steps forward then three steps back. Crime, especially youth-related, is all-pervasive, probably because of the absence of a police force. Bongo Fury's national animal is the wooden dog, which frolics freely in the nation's many lush forests.

Bongo Fury is ranked 15,954th in the world and 4th in NationStates for Most Extreme, scoring 44.78 on the Paul-Nader Subjective Decentrality Index.

King Zhaoxiang of Qin, and