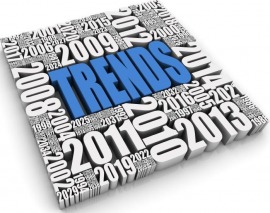 The Empire of Trendsetter is a gargantuan, efficient nation, ruled by The Trendsetting Trendsetter with an even hand, and remarkable for its parental licensing program, disturbing lack of elderly people, and infamous sell-swords. The hard-nosed, hard-working, humorless population of 12.185 billion Trendsetterians have some civil rights, but not too many, enjoy the freedom to spend their money however they like, to a point, and take part in free and open elections, although not too often.

The large, corrupt government juggles the competing demands of Education, Administration, and Healthcare. It meets to discuss matters of state in the capital city of Trendsetting Place. Citizens pay a flat income tax of 93.6%.

The frighteningly efficient Trendsetterian economy, worth a remarkable 2,890 trillion Status Quos a year, is mostly comprised of black market activity, especially in Uranium Mining, Basket Weaving, Retail, and Woodchip Exports. Average income is an amazing 237,257 Status Quos, with the richest citizens earning 6.3 times as much as the poorest.

Children get arrested for floating paper boats on lakes, former customs officers are adjusting to their new lives as market stall traders, children have lost interest in toy guns in favor of toy meth lab kits, and The Trendsetting Trendsetter always arrives fashionably late and smelling of mushrooms. Crime, especially youth-related, is totally unknown, thanks to a capable police force and progressive social policies in education and welfare. Trendsetter's national animal is the Trend, which is also the nation's favorite main course, and its national religion is Trender.

Trendsetter is ranked 220,894th in the world and 2nd in Trendsetter for Most Extreme, scoring 4.86 on the Paul-Nader Subjective Decentrality Index.