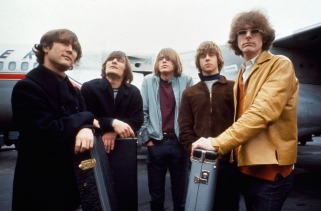 The Rickenbacker Jangliness of The Byrds is a gargantuan, efficient nation, ruled by Music with a fair hand, and notable for its sprawling nuclear power plants, national health service, and smutty television. The compassionate, hard-working, democratic population of 29.865 billion Byrdsians live in a state of perpetual fear, as a complete breakdown of social order has led to the rise of order through biker gangs.

The relatively small, liberal, pro-business, outspoken government prioritizes Education, although Industry and Environment are also considered important, while Defense and Spirituality receive no funds. It meets to discuss matters of state in the capital city of Fifth Dimension. Citizens pay a flat income tax of 30.9%.

The frighteningly efficient Byrdsian economy, worth a remarkable 7,213 trillion serviles a year, is highly specialized and led by the Tourism industry, with major contributions from Information Technology, Retail, and Book Publishing. Black market activity is rampant. Average income is an amazing 241,538 serviles, but there is a vast disparity between incomes, with the richest 10% of citizens earning 1,612,664 per year while the poor average 13,699, a ratio of 117 to 1.

Cane fights are a common sight in nursing homes, inheritance tax has recently been abolished, re-education centers are being added to most prisons, and public urination is on the increase. Crime, especially youth-related, is all-pervasive, probably because of the absence of a police force. The Byrds's national animal is the conservative, which is also the nation's favorite main course.

The Byrds is ranked 1,510th in the world and 1st in NationStates for Most Extreme, scoring 49.39 on the Paul-Nader Subjective Decentrality Index.