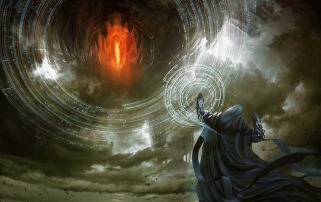 The Titans of Quanthas is a gargantuan, environmentally stunning nation, ruled by Albert Zweistein with an even hand, and remarkable for its punitive income tax rates, suspicion of poets, and stringent health and safety legislation. The compassionate population of 16.495 billion Quanthasians are fiercely patriotic and enjoy great social equality; they tend to view other, more capitalist countries as somewhat immoral and corrupt.

The large, socially-minded government juggles the competing demands of Welfare, Education, and Healthcare. It meets to discuss matters of state in the capital city of Quantonia. The average income tax rate is 54.2%, and even higher for the wealthy.

The large but sluggish Quanthasian economy, worth 338 trillion Euros a year, is quite specialized and led by the Pizza Delivery industry, with major contributions from Beef-Based Agriculture, Trout Farming, and Retail. Black market activity is notable. State-owned companies are common. Average income is 20,545 Euros, and distributed extremely evenly, with practically no difference between the richest and poorest citizens.

The mining industry has taken a hit from tighter environmental regulations, the latest Harry Potter book is a bestseller, surrealist houses shaped like mushrooms and volcanoes dominate the wealthiest neighborhoods, and the nation has an international reputation for compassion. Crime is totally unknown, thanks to a capable police force and progressive social policies in education and welfare. Quanthas's national animal is the kangooroo, which frolics freely in the nation's many lush forests, and its national religion is Quantum Theory.