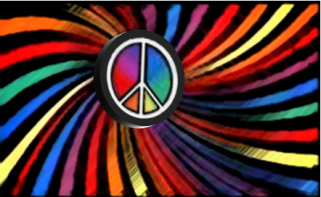 The Peace and Love Child of MikesHope is a gargantuan, socially progressive nation, ruled by Mike with a fair hand, and remarkable for its museums and concert halls, prohibition of alcohol, and free-roaming dinosaurs. The compassionate, hard-working, democratic, cheerful population of 36.077 billion MikesHopeans live in a state of perpetual fear, as a complete breakdown of social order has led to the rise of order through biker gangs.

The relatively small, corrupt government juggles the competing demands of Education, Industry, and Environment. It meets to discuss matters of state in the capital city of Utopia. Citizens pay a flat income tax of 57.8%.

The frighteningly efficient MikesHopean economy, worth a remarkable 6,796 trillion Kisses a year, is fairly diversified and dominated by the Information Technology industry, with significant contributions from Tourism, Book Publishing, and Beef-Based Agriculture. Black market activity is rampant. Average income is an impressive 188,388 Kisses, but there is a significant disparity between incomes, with the richest 10% of citizens earning 532,530 per year while the poor average 53,319, a ratio of 10.0 to 1.

Retail boutiques encourage citizens to honor their military veterans by purchasing flag-patterned underwear, Mike is considering changing the nation's name to Blackacre, the majority of the country's traffic wardens have been sacked overnight, and exploding toys that leak battery acid are back in the shops after the government declared child safety 'over-rated'. Crime, especially youth-related, is pervasive, perhaps because of the country's complete lack of prisons. MikesHope's national animal is the Dream Mirror, which frolics freely in the nation's many lush forests, and its national religion is Agnostic Pantheism.

MikesHope is ranked 109,939th in the world and 153rd in NationStates for Most Extreme, scoring 18.39 on the Paul-Nader Subjective Decentrality Index.

Most Recent Government Activity: 1 day ago