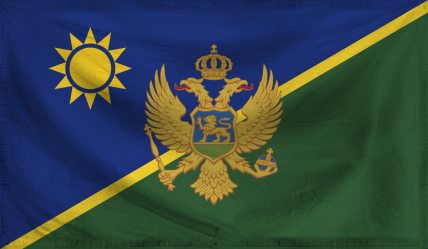 The Suzeranity of Emperor Carl is a gargantuan, environmentally stunning nation, ruled by The Suzerain with an even hand, and remarkable for its rum-swilling pirates, multi-spousal wedding ceremonies, and public floggings. The compassionate, hard-working, humorless population of 33.943 billion Imperial Citzens enjoy extensive civil freedoms, particularly in social issues, while business tends to be more regulated.

The medium-sized, corrupt government is dominated by the Department of Law & Order, although Environment and Healthcare are also considered important, while Spirituality and International Aid are ignored. It meets to discuss matters of state in the capital city of Imperial City. The average income tax rate is 5.1%, but much higher for the wealthy.

The powerhouse Imperial economy, worth a remarkable 3,462 trillion Carloreans a year, is highly specialized and mostly made up of the Information Technology industry, with major contributions from Book Publishing. State-owned companies are reasonably common. Average income is an impressive 102,008 Carloreans, and distributed extremely evenly, with little difference between the richest and poorest citizens.

The debts of the father fall upon the son, business owners return from long vacations to find their factories have been turned into homeless shelters, The Suzerain's used car is held together by bumper stickers that support the opposition, and travelers are subject to extensive searches if beet stains are visible on their clothing. Crime is totally unknown, thanks to the all-pervasive police force. Emperor Carl's national animal is the Liger, which frolics freely in the nation's many lush forests, and its national religion is The Old Code.

Emperor Carl is ranked 1,695th in the world and 4th in NationStates for Most Advanced Law Enforcement, scoring 15,666.49 on the Orwell Orderliness Index.

King Zhaoxiang of Qin, and