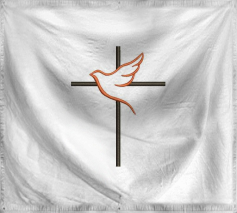 The Holy Federation of Elany is a gargantuan, safe nation, ruled by Frank Seeds with a fair hand, and renowned for its daily referendums. The democratic population of 16.754 billion Elanyians enjoy great social freedoms and frequent elections, where the majority of the populace regularly votes to increase its benefits at the expense of various hapless minorities.

The large, socially-minded, outspoken government juggles the competing demands of Law & Order, Administration, and Spirituality. It meets to discuss matters of state in the capital city of Elan Major. The average income tax rate is 44.4%, but much higher for the wealthy.

The large but underdeveloped Elanyian economy, worth 369 trillion Euros a year, is quite specialized and led by the Gambling industry, with major contributions from Trout Farming, Furniture Restoration, and Automobile Manufacturing. Black market activity is notable. State-owned companies are common. Average income is 22,043 Euros, and distributed extremely evenly, with little difference between the richest and poorest citizens.

A referendum must be held in order for any new law to be passed, innocent defendants often plead guilty for fear of receiving a much harsher sentence before jury, elections have become procedural nightmares due to voters persistently rejecting candidates, and the nation's war memorials are being torn down and replaced with peace gardens. Crime is totally unknown, thanks to a well-funded police force and progressive social policies in education and welfare. Elany's national animal is the tiger and its national religion is Christianity.