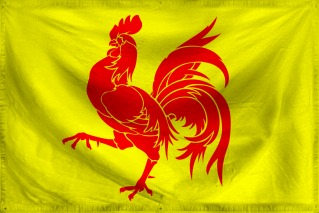 The Running Mate of Asbin is a gargantuan, socially progressive nation, ruled by Leo Lecoq with a fair hand, and renowned for its ban on automobiles. The hard-nosed, hard-working, democratic population of 16.805 billion Asbinians hold their civil and political rights very dear, although the wealthy and those in business tend to be viewed with suspicion.

The medium-sized, liberal, outspoken government juggles the competing demands of Public Transport, Environment, and Education. It meets to discuss matters of state in the capital city of Asbina. The average income tax rate is 24.4%.

The strong Asbinian economy, worth 847 trillion Euros a year, is quite specialized and led by the Trout Farming industry, with major contributions from Gambling, Book Publishing, and Basket Weaving. Average income is 50,421 Euros, and evenly distributed, with the richest citizens earning only 4.1 times as much as the poorest.

The nanny industry has had a boom after maternity leave was recently banned, Leo Lecoq has just been declared ruler of Asbin in an international press conference, convicted felons are forced into slavery for their crimes, and Christianity has been named as Asbin's national religion. Crime is moderate, with the police force struggling against a lack of funding and a high mortality rate. Asbin's national animal is the hawk, which soars majestically through the nation's famously clear skies, and its national religion is Christianity.

Asbin is ranked 13,931st in the world and 6th in Xedas for Largest Trout Fishing Sector, scoring 7,272.7 on the Nemo Depletion Efficiency Index.