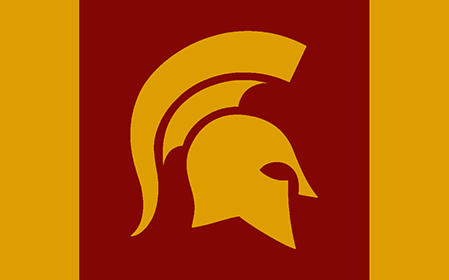 The Democratic Republic of DaveIsland

Just came back from the boneyard

The Kingdom of Sovren

whats the best way to get high civil rights

The Free Land of Barberria

The Kingdom of Sovren

The Rogue Nation of Navarroh

Apparently we have a message board that anyone can contribute to. I thought this game was just answering fun questions everyday to build a nation, but I guess role playing is a core aspect of the experience. So hello region, I am the Grand Poobah of Navarroh, I look forward to existing in the same general location as all of you. Also, do any of you know how to raise civil and political freedom? I try to prioritize civil and political freedom but they both seem to decrease despite my efforts.

Oh you can get some RP in on these special issues involving the James Bond character lol. I just had to disarm some nuclear missiles near a communist third world country so they'd disarm theirs near me which I like my missiles should I actually contribute to the NationStates PC RP but figure hey, if I can't bludgeon them I'll rot their culture through free trade.
"Crawl with me into tomorrow or I'll drag you to your grave.
I'm deep inside your children.
They'll betray you in my name." --Rage Against The Machine sleep now in the fire lol

Yay NCE! Good to see you around. Not a whole lot... i drafted some changes to the charter which are currently working their way through the legal system... doing well though!

Great to see so many new faces here too.

I'm here to report that XKI has a new delegate,

Your Emissary from the 10000 Islands,

and welcome Silvedania, our new rep from 10ki!

Landslide... I got more votes than I expected so there might be some people who either do want XKI to go raider or they are afraid of Wisch's plans to build her cat empire

The Fabled Republic of Wischland

I was summoned by mentions of my cat empire. Cats shall rule the world!!!

Wischland is also 10ki's crazy cat lady. I can confirm this.

The Vampire Slayer of Buffy

The Fabled Republic of Wischland

That's true. Her opponent also outed her as a witch, so she decided to turn us all into cats.

too bad she can't out

Hakketomat as a vampire... since that's basically common knowledge already...

The Constitutional Monarchy of Westarctic

The Democratic Republic of DaveIsland

How do I see it

The Constitutional Monarchy of Westarctic

I'm all for this. The me market will solve this
"Don't you mean the..." I know what I said lol

>entire healthcare industry is privatized
>we'll have private asylums vindicate their need to be housed there
>but who watches the watchmen?
>third party social workers who have it in their best interest to deny the asylum company
>just a whole lotta contradictions of capital. What could go wrong? Hopefully everything

The Sultanate of Ninja planet

Wow! So many new people! Welcome everyone!