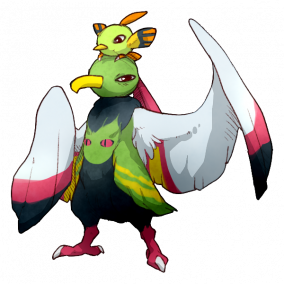 The Theocracy of Xatu the Great is a massive, environmentally stunning nation, remarkable for its ban on automobiles, punitive income tax rates, and stringent health and safety legislation. The hard-nosed population of 1.854 billion Xatu the Greatians are fiercely patriotic and enjoy great social equality; they tend to view other, more capitalist countries as somewhat immoral and corrupt.

It is difficult to tell where the omnipresent government stops and the rest of society begins, but it juggles the competing demands of Environment, Healthcare, and Education. The average income tax rate is 92.4%, and even higher for the wealthy.

The sizeable but inefficient Xatu the Greatian economy, worth 41.6 trillion Credits a year, is driven almost entirely by government activity, with private enterprise illegal. However, for those in the know, there is a slick, highly efficient, extremely specialized black market in Door-to-door Insurance Sales. The private sector mostly consists of enterprising ten-year-olds selling lemonade on the sidewalk, but the government is looking at stamping this out. Average income is 22,459 Credits, and distributed extremely evenly, with practically no difference between the richest and poorest citizens.

The elderly don't know who the dickens adorns the face of newly-issued banknotes, surfing lessons include how to ward off sharks, literature classes frequently go on field trips to rock concerts, and kids are arrested at gunpoint for playing with toy rifles. Crime is totally unknown, thanks to the all-pervasive police force and progressive social policies in education and welfare. Xatu the Great's national animal is the Zebra, which frolics freely in the nation's many lush forests.