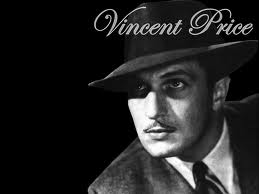 The Borderlands of Wabacha is a gargantuan, safe nation, ruled by Wudlund Bach with an even hand, and renowned for its frequent executions, hatred of cheese, and stringent health and safety legislation. The compassionate, democratic population of 18.448 billion Wabachans have some civil rights, but not too many, enjoy the freedom to spend their money however they like, to a point, and take part in free and open elections, although not too often.

It is difficult to tell where the omnipresent government stops and the rest of society begins, but it juggles the competing demands of Education, Environment, and Healthcare. It meets to discuss matters of state in the capital city of Wabach. The average income tax rate is 83.7%, and even higher for the wealthy.

The all-consuming Wabachan economy, worth a remarkable 1,128 trillion WICS a year, is driven almost entirely by government activity. The industrial sector is solely comprised of the Tourism industry. Average income is 61,153 WICS, and distributed extremely evenly, with little difference between the richest and poorest citizens.

The nation's new foreign policy of 'very disproportionate retribution' has its neighbors on edge, businesses are forced to bring all work back within the nation's borders, protesters are up in arms over new nuclear power stations, and the government is attempting to revitalize a gutted private sector. Crime is totally unknown, thanks to the all-pervasive police force and progressive social policies in education and welfare. Wabacha's national animal is the Chili, which frolics freely in the nation's many lush forests.