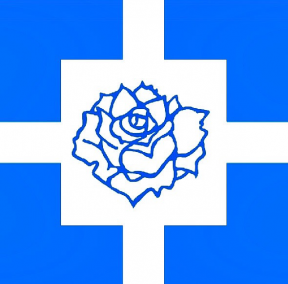 The Queer Utopia of Venovica is a colossal, genial nation, ruled by Executive Director Kiki Cortez with a fair hand, and notable for its digital currency, complete lack of prisons, and anti-smoking policies. The compassionate, democratic population of 5.345 billion Venovics are free to do what they want with their own bodies, and vote for whomever they like in elections; if they go into business, however, they are regulated to within an inch of their lives.

The enormous government juggles the competing demands of Education, Administration, and Healthcare. It meets to discuss matters of state in the capital city of Alexandria. The average income tax rate is 92.2%, and even higher for the wealthy.

The frighteningly efficient Venovican economy, worth 665 trillion Valoras a year, is driven entirely by a combination of government and state-owned industry, with private enterprise illegal. The industrial sector, which is quite specialized, is mostly made up of the Information Technology industry, with significant contributions from Basket Weaving, Book Publishing, and Trout Farming. Average income is an impressive 124,518 Valoras, and distributed extremely evenly, with little difference between the richest and poorest citizens.

Venovica is notorious for its citizens' infidelity, reporters who negatively comment on politicians' haircuts are cut from the news, diplomatic cables about Executive Director Kiki Cortez have suddenly been very flattering, and tourists visiting the nation are harangued for being capitalist pig-dogs. Crime is totally unknown. Venovica's national animal is the Peacock, which frolics freely in the nation's many lush forests.

Venovica is ranked 53,031st in the world and 37th in Democratic Socialist Assembly for Rudest Citizens, with 69.09 Insults Per Minute.

Oh my god it is so hard to find a name,

Democratic Republic of Kohland, and 14 others.