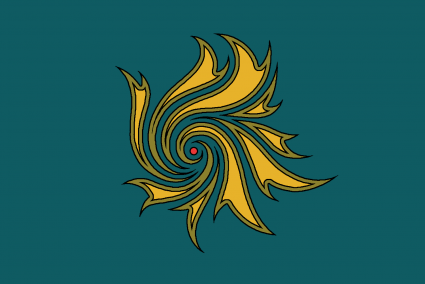 The Republic of Univercity is a massive, orderly nation, remarkable for its parental licensing program, complete lack of prisons, and smutty television. The hard-nosed, hard-working, cynical, humorless population of 3.057 billion Univercityians are rabid consumers, partly through choice and partly because the government tells them to and dissenters tend to vanish from their homes at night.

The government — a sprawling, bureaucracy-choked, corrupt, pro-business, well-organized morass — prioritizes Education, although Industry is also considered important, while Law & Order and Welfare aren't funded at all. Citizens pay a flat income tax of 92.8%.

The frighteningly efficient Univercityian economy, worth 481 trillion currencies a year, is driven almost entirely by government activity. The industrial sector, which is highly specialized, is mostly made up of the Woodchip Exports industry, with significant contributions from Uranium Mining and Automobile Manufacturing. Average income is an impressive 157,426 currencies, but there is a large disparity between incomes, with the richest 10% of citizens earning 592,786 per year while the poor average 29,153, a ratio of 20.3 to 1.

Kids looking for shark teeth have become ancient history, a PhD just ain't what it used to be, people forget to eat because they are too busy singing Leader's praises, and diplomacy falls apart when diplomats drink too much. Crime, especially youth-related, is totally unknown. Univercity's national animal is the animal, which teeters on the brink of extinction due to widespread deforestation.

Univercity is ranked 5,776th in the world and 1st in Vickenian experiment containment zone for Most Developed, scoring 93.68 on the Human Development Index.

Most Recent Government Activity: 11 hours ago