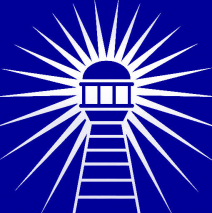 The ✨Interstellar Commonwealth✨ of United New England is a colossal, efficient nation, ruled by President Elizabeth Tyagi-Kennedy with a fair hand, and remarkable for its museums and concert halls, absence of drug laws, and devotion to social welfare. The compassionate, democratic population of 6.488 billion wicked awesome New Englanders hold their civil and political rights very dear, although the wealthy and those in business tend to be viewed with suspicion.

The large, liberal, outspoken government prioritizes Education, with Administration, Healthcare, and Environment also on the agenda, while Defense and Spirituality receive no funds. It meets to discuss matters of state in the capital city of Boston. The average income tax rate is 77.0%, and even higher for the wealthy.

The all-consuming wicked awesome Novanglian economy, worth 644 trillion Novanglian dollars a year, is quite specialized and led by the Tourism industry, with major contributions from Information Technology and Book Publishing. State-owned companies are common. Average income is 99,291 Novanglian dollars, and distributed extremely evenly, with little difference between the richest and poorest citizens.

Edutainment video games are taking United New England's students to the next level, adverts proclaim it has to be healthy if the Mornay uses hand-grated Gallopavian Gruyère, the new Refuse Hills housing development is under construction, and group hugs break out during floor votes. Crime, especially youth-related, is totally unknown, thanks to a capable police force and progressive social policies in education and welfare. United New England's national animal is the bear, which frolics freely in the nation's many lush forests, and its national religion is freedom of conscience.

United New England is ranked 212,546th in the world and 107th in International Democratic Union for Greatest Rich-Poor Divides, with 1.43 Rich To Poor Income Ratio.

Most Recent Government Activity: 9 days ago

New Lusitania and the Algarves,