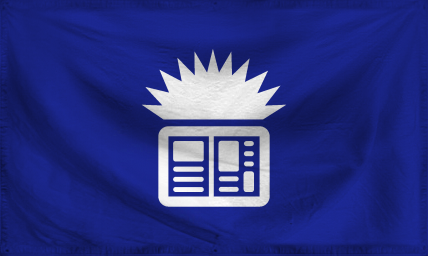 The Office of Roleplay Administration

The Staff of The Office of Roleplay Administration is a massive, safe nation, notable for its daily referendums and suspicion of poets. The hard-nosed, hard-working, democratic population of 1.712 billion staff members enjoy a sensible mix of personal and economic freedoms, while the political process is open and the people's right to vote held sacrosanct.

The medium-sized government juggles the competing demands of Welfare, Healthcare, and Education. It meets to discuss matters of state in the capital city of Deep of the Moon. The average income tax rate is 22.4%.

The staff economy, worth 84.1 trillion simulations a year, is fairly diversified and led by the Tourism industry, with significant contributions from Retail, Information Technology, and Basket Weaving. Average income is 49,118 simulations, and evenly distributed, with the richest citizens earning only 3.7 times as much as the poorest.

The Office of Roleplay Administration has designated Deep of the Moon as its capital city, the best way to be heard in politics is to speak softly and carry a big comedy prop, families waiting for delayed pipe installations hope daily for rain, and interest in globalism never flags. Crime is almost non-existent, thanks to a capable police force and progressive social policies in education and welfare. The Office of Roleplay Administration's national animal is the tiger, which frolics freely in the nation's many lush forests.

The Office of Roleplay Administration is ranked 135,893rd in the world and 28th in The Roleplaying Paradise for Highest Wealthy Incomes, with 90,152 Standard Monetary Units.

Most Recent Government Activity: 17 days ago