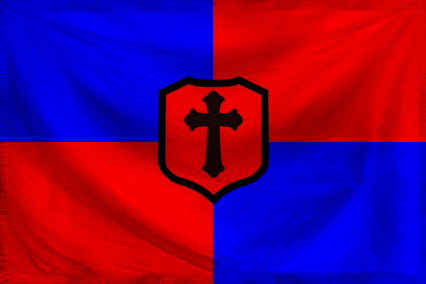 The Glorious Christian Republic of The Belacian States is a colossal, efficient nation, ruled by Rafe Atihwe with an even hand, and renowned for its multi-spousal wedding ceremonies, triple-decker prams, and stringent health and safety legislation. The compassionate, devout population of 8.209 billion Abehlaki are fiercely patriotic and enjoy great social equality; they tend to view other, more capitalist countries as somewhat immoral and corrupt.

The government — a sprawling, bureaucracy-choked morass — juggles the competing demands of Administration, Education, and Healthcare. It meets to discuss matters of state in the capital city of Parind. The average income tax rate is 95.9%.

The frighteningly efficient abehlak economy, worth 937 trillion Revis a year, is driven entirely by a combination of government and state-owned industry, with private enterprise illegal. The industrial sector, which is highly specialized, is mostly made up of the Tourism industry, with major contributions from Book Publishing and Information Technology. Average income is an impressive 114,244 Revis, and distributed extremely evenly, with practically no difference between the richest and poorest citizens.

A traveller who once stubbed a toe on an Air Brancaland flight has been offered asylum, a formerly quiet little town is now booming as both a cult centre and a tourist attraction, the government regularly hires contractors to construct high rise apartments, and employers are finding it hard to screen candidates now that everyone gets A grades in their exams. Crime, especially youth-related, is totally unknown, thanks to a well-funded police force and progressive social policies in education and welfare. The Belacian States's national animal is the Tiger, which frolics freely in the nation's many lush forests, and its national religion is Christianity.

The Belacian States is ranked 217,191st in the world and 30th in The Slide Countries for Most Primitive, scoring -80.87 on the Scary Big Number Scale.

Most Recent Government Activity: 22 minutes ago