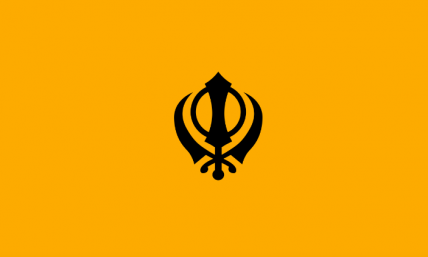 The Kingdom of Sovereign State Of Khalistan is a huge, safe nation, notable for its compulsory military service, complete lack of prisons, and avowedly heterosexual populace. The hard-nosed, hard-working population of 827 million Khalistani's are highly moralistic and fiercely conservative, in the sense that they tend to believe most things should be outlawed. People who have good jobs and work quietly at them are lauded; others are viewed with suspicion.

The relatively small government prioritizes Defense, although Law & Order, Spirituality, and Industry are also considered important. It meets to discuss matters of state in the capital city of Dubai. Citizens pay a flat income tax of 18.2%.

The very strong Khalistani economy, worth 64.2 trillion Khaliras a year, is broadly diversified and led by the Arms Manufacturing industry, with significant contributions from Uranium Mining, Gambling, and Retail. State-owned companies are reasonably common. Average income is 77,682 Khaliras, with the richest citizens earning 8.5 times as much as the poorest.

One does not simply walk into the tundra, Leader is convinced that other nations can simply be "junked" (Sovereign State Of Khalistan has found 1 easter egg), an exhibition on Lion memes is currently starring at the National Art Gallery, and the reams of paperwork accompanying any electronic item are a recognised contributor to national deforestation. Crime, especially youth-related, is totally unknown, thanks to a capable police force and progressive social policies in education and welfare. Sovereign State Of Khalistan's national animal is the Lion, which teeters on the brink of extinction due to widespread deforestation.

Sovereign State Of Khalistan is ranked 210,858th in the world and 148th in Africa for Most Cultured, scoring 64 on the Snufflebottom-Wiggendum Pentatonic Scale.

The Nebraska Republic, and