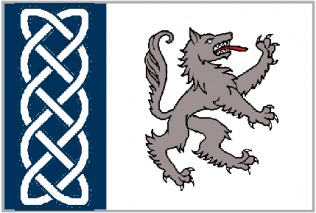 The Republic of Reultan is a colossal, efficient nation, ruled by Anndra MacAonghais with an even hand, and notable for its frequent executions, national health service, and pith helmet sales. The hard-nosed, democratic, humorless population of 5.187 billion Reultanians have some civil rights, but not too many, enjoy the freedom to spend their money however they like, to a point, and take part in free and open elections, although not too often.

The medium-sized, corrupt government juggles the competing demands of Administration, Education, and Environment. It meets to discuss matters of state in the capital city of Achadubh. The average income tax rate is 36.7%, but much higher for the wealthy.

The frighteningly efficient Reultanian economy, worth 831 trillion reulòrs a year, is highly specialized and mostly comprised of black market activity, especially in Arms Manufacturing, Tourism, and Information Technology. State-owned companies are reasonably common. Average income is an impressive 160,227 reulòrs, and distributed extremely evenly, with little difference between the richest and poorest citizens.

Citizens are expected to be armed at all times, prenuptial contracts have replaced diamond rings in marriage proposals, it's harder to qualify for IVF than for a good university, and babies living in poverty are told to take responsibility for their own fortunes. Crime, especially youth-related, is all-pervasive, perhaps because of the country's complete lack of prisons. Reultan's national animal is the grey wolf, which frolics freely in the nation's many lush forests, and its national religion is Pàganach.

Reultan is ranked 5,702nd in the world and 8th in The Maritimes for Most Secular, with 97.88 Atheism Rate.

Most Recent Government Activity: 10 hours ago