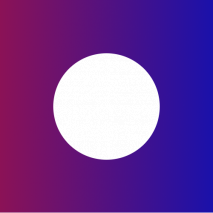 The Community of Pernoctem is a colossal, efficient nation, remarkable for its museums and concert halls, complete lack of prisons, and daily referendums. The compassionate, democratic population of 5.349 billion Pernoctemi hold their civil and political rights very dear, although the wealthy and those in business tend to be viewed with suspicion.

The medium-sized, outspoken government prioritizes Education, with Administration, Healthcare, and Environment also on the agenda, while Spirituality and International Aid receive no funds. It meets to discuss matters of state in the capital city of Yakyou. The average income tax rate is 57.0%, and even higher for the wealthy.

The frighteningly efficient Pernoctemi economy, worth 730 trillion Kredits a year, is highly specialized and mostly made up of the Information Technology industry, with significant contributions from Book Publishing, Arms Manufacturing, and Tourism. State-owned companies are common. Average income is an impressive 136,610 Kredits, and distributed extremely evenly, with little difference between the richest and poorest citizens.

Family isn't who you're born with but who you abandon in foreign countries, kindergartners' favourite dance move is the stop-drop-and-roll, vegetables are crisper thanks to CRISPR, and photographers can be found hiding behind the curtains in Leader's bedroom. Crime, especially youth-related, is totally unknown. Pernoctem's national animal is the Blue Whale, which frolics freely in the nation's sparkling oceans.

Pernoctem is ranked 54,128th in the world and 43rd in Japan for Largest Populations, with 5.35 billion Capita.