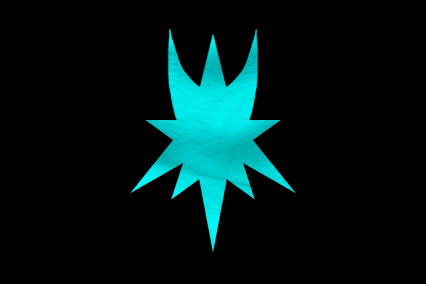 The Empire of OWLF REFICUL BROCA X W is a massive, safe nation, ruled by ATAD with an iron fist, and notable for its compulsory military service, state-planned economy, and punitive income tax rates. The hard-nosed, cynical, devout population of 2.199 billion OWLF REFICUL BROCA X Wians are ruled without fear or favor by a psychotic dictator, who outlaws just about everything and refers to the populace as "my little playthings."

It is difficult to tell where the omnipresent, corrupt, well-organized government stops and the rest of society begins, but it juggles the competing demands of Defense, Law & Order, and Administration. It meets to discuss matters of state in the capital city of Orb Underground. The average income tax rate is 85.9%, and even higher for the wealthy.

The sizeable but inefficient OWLF REFICUL BROCA X Wian economy, worth 83.2 trillion Lives a year, is driven almost entirely by government activity, with private enterprise illegal. The industrial sector is solely comprised of the Uranium Mining industry. State-owned companies are the norm. Average income is 37,856 Lives, and distributed extremely evenly, with little difference between the richest and poorest citizens.

Sales of disinfectant wipes have skyrocketed, giggling teens are asked to put their mouths on rubber dolls, it is illegal to brush crumbs off your clothing outdoors, and the tragedy of the commons is being tested nationwide but everyone says it's somebody else's problem. Crime, especially youth-related, is totally unknown, thanks to the all-pervasive police force and progressive social policies in education and welfare. OWLF REFICUL BROCA X W's national animal is the Canpis Lupus Capra Serpentes, which frolics freely in the nation's many lush forests, and its national religion is Necrona.

OWLF REFICUL BROCA X W is ranked 99,837th in the world and 52nd in The Wolf Clan for Fattest Citizens, with 10.24 Obesity Rate.

Most Recent Government Activity: 19 days ago