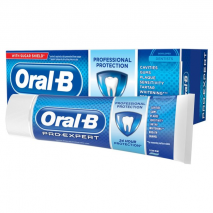 The Republic of Oral B is a massive, environmentally stunning nation, notable for its pith helmet sales, ban on automobiles, and irreverence towards religion. The hard-nosed, hard-working, cynical, humorless population of 2.825 billion Oral Bians are rabid consumers, partly through choice and partly because the government tells them to and dissenters tend to vanish from their homes at night.

The tiny government juggles the competing demands of Defense, Administration, and Law & Order. Citizens pay a flat income tax of 7.6%.

The thriving Oral Bian economy, worth 191 trillion Dollars a year, is fairly diversified and led by the Beef-Based Agriculture industry, with major contributions from Gambling, Cheese Exports, and Furniture Restoration. Average income is 67,810 Dollars, but there is a significant disparity between incomes, with the richest 10% of citizens earning 243,900 per year while the poor average 13,494, a ratio of 18.1 to 1.

Leader signs the laws but abides by none of them, politicians stage photo ops featuring barely functional fighter jets, parties that are too noisy are broken up to prevent disturbing wildlife, and prison libraries are being replaced with interrogation chambers. Crime is a serious problem. Oral B's national animal is the plaque, which frolics freely in the nation's many lush forests.

Oral B is ranked 210,645th in the world and 39th in Xedas for Highest Foreign Aid Spending, scoring -9.49 on the Clooney Contribution Index.