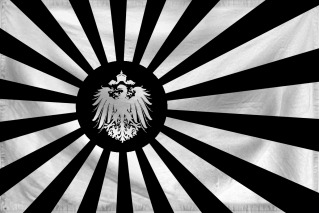 The Imperial Union of New Pruessen is a colossal, safe nation, ruled by Chancellor Norden with an even hand, and remarkable for its daily referendums, frequent executions, and pith helmet sales. The hard-nosed, humorless population of 6.503 billion Pruessisches have some civil rights, but not too many, enjoy the freedom to spend their money however they like, to a point, and take part in free and open elections, although not too often.

The relatively small government juggles the competing demands of Industry, Education, and Environment. It meets to discuss matters of state in the capital city of Königsberg. The average income tax rate is 37.7%, but much higher for the wealthy.

The frighteningly efficient New Pruessenian economy, worth a remarkable 1,037 trillion Thalers a year, is broadly diversified and led by the Information Technology industry, with major contributions from Tourism, Trout Farming, and Book Publishing. State-owned companies are common. Average income is an impressive 159,554 Thalers, and evenly distributed, with the richest citizens earning only 2.0 times as much as the poorest.

Prison reforms have replaced communal luaus with communal loos, the nation's most "productive" diamond mine hasn't been operational for seven months, people experiencing anaphylactic shock are told to buck their ideas up, and plain-clothes police officers follow Dàguó tourists everywhere they go. Crime, especially youth-related, is totally unknown, thanks to a capable police force and progressive social policies in education and welfare. New Pruessen's national animal is the Golden Eagle, which is also the nation's favorite main course, and its national religion is Lutheranism.

New Pruessen is ranked 160,554th in the world and 107th in KAISERREICH for Lowest Overall Tax Burden, scoring 26.71 on the Hayek Index.