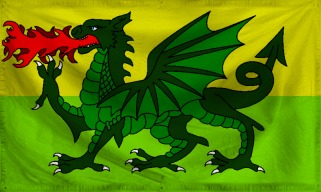 The Heavily Industrialized State of New Dracora is a gargantuan, cultured nation, ruled by the Citizens Conclave with an even hand, and renowned for its barren, inhospitable landscape, national health service, and sprawling nuclear power plants. The hard-nosed, cheerful population of 37.162 billion New Dracorans have some civil rights, but not too many, enjoy the freedom to spend their money however they like, to a point, and take part in free and open elections, although not too often.

The relatively small government juggles the competing demands of Education, Defense, and Social Policy. It meets to discuss matters of state in the capital city of Mith Draconis. The average income tax rate is 94.1%.

The frighteningly efficient New Dracoran economy, worth an astonishing 15,082 trillion new draconian dollars a year, is broadly diversified and led by the Book Publishing industry, with major contributions from Automobile Manufacturing, Soda Sales, and Information Technology. State-owned companies are common. Average income is an amazing 405,853 new draconian dollars, and distributed extremely evenly, with little difference between the richest and poorest citizens.

Elevator music has been replaced by thrash metal played at maximum volume, a survey of the nation's rivers and children has shown that pesticide levels are at an all-time regional high, new urban roads are threatening city parks, and photographers can be found hiding behind the curtains in the Citizens Conclave's bedroom. Crime is totally unknown. New Dracora's national animal is the western dragon, which teeters on the brink of extinction due to toxic air pollution.

New Dracora is ranked 19,460th in the world and 212th in 10000 Islands for Largest Retail Industry, scoring 7,279.47 on the Shrinkwrap Consignment Productivity Index.

Most Recent Government Activity: 20 days ago