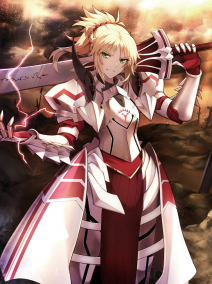 The Moungus state of Mien sussy is a massive, efficient nation, remarkable for its ritual sacrifices, public floggings, and enforced nudity. The hard-nosed, hard-working, cynical, devout population of 2.748 billion Mien sussyians are kept under strict control by the oppressive government, which measures its success by the nation's GDP and refers to individual citizens as "human resources."

The very strong Mien sussyian economy, worth 176 trillion pounds a year, is quite specialized and led by the Beef-Based Agriculture industry, with major contributions from Arms Manufacturing, Uranium Mining, and Retail. Black market activity is notable. Average income is 64,322 pounds, and evenly distributed, with the richest citizens earning only 3.9 times as much as the poorest.

Suicide victims often leave behind cash to cover the cost of their fines, the government spends twice its healthcare budget on replacing stolen pens, an underground group of geologists hides new discoveries to protect them from being destroyed in the name of safety, and voodoo economists believe that feeding criminals to volcanoes will bring untold riches to Mien sussy. Crime, especially youth-related, is totally unknown, thanks to a well-funded police force and progressive social policies in education and welfare. Mien sussy's national animal is the wolf, which frolics freely in the nation's many lush forests.

Mien sussy is ranked 134,142nd in the world and 752nd in Alliance of Supreme Powers for Highest Wealthy Incomes, with 120,285 Standard Monetary Units.