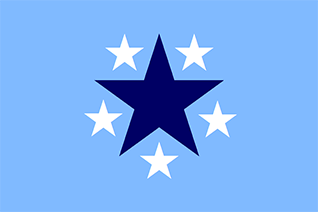 The United Provinces of Krytenia is a gargantuan, cultured nation, ruled by Queen Maria II with an even hand, and notable for its national health service, unlimited-speed roads, and infamous sell-swords. The hard-nosed, hard-working population of 31.01 billion Krytenians are either ruled by a sleek, efficient government or a conglomerate of multinational corporations; it's difficult to tell which.

The relatively small, corrupt government prioritizes Law & Order, with Education, Industry, and Healthcare also on the agenda, while Spirituality and Social Policy receive no funds. It meets to discuss matters of state in the capital city of Emberton. The average income tax rate is 12.4%.

The frighteningly efficient Krytenian economy, worth a remarkable 4,760 trillion argentals a year, is fairly diversified and led by the Information Technology industry, with major contributions from Uranium Mining, Arms Manufacturing, and Tourism. Black market activity is notable. Average income is an impressive 153,499 argentals, with the richest citizens earning 5.2 times as much as the poorest.

Things are looking up for patients accidentally prescribed erectile dysfunction medication, carefully-staged grief is displayed by Queen Maria II after national disasters, Tesco was recently named as the new national treasurer, and unemployed youngsters trained to kill are being released en masse into society. Crime is totally unknown, thanks to a well-funded police force and progressive social policies in education and welfare. Krytenia's national animal is the leopard, which is also the nation's favorite main course, and its national religion is Anglicanism.

Krytenia is ranked 2,862nd in the world and 2nd in Atlantian Oceania for Most Secular, with 98.98 Atheism Rate.