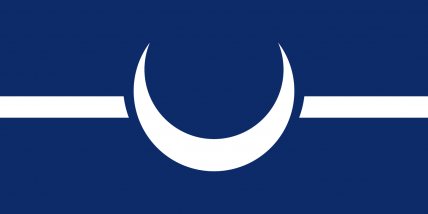 The Republic of Kalosia is a gargantuan, genial nation, ruled by Edgard Solem with an even hand, and notable for its museums and concert halls, restrictive gun laws, and devotion to social welfare. The compassionate, democratic, cheerful population of 20.694 billion Kalosians are fiercely patriotic and enjoy great social equality; they tend to view other, more capitalist countries as somewhat immoral and corrupt.

It is difficult to tell where the omnipresent government stops and the rest of society begins, but it juggles the competing demands of Education, Healthcare, and Environment. It meets to discuss matters of state in the capital city of Monterra. The average income tax rate is 90.3%, and even higher for the wealthy.

The Kalosian economy, worth a remarkable 1,017 trillion Crowns a year, is driven almost entirely by government activity. The industrial sector, which is extremely specialized, is mostly made up of the Information Technology industry, with significant contributions from Tourism. Average income is 49,146 Crowns, and distributed extremely evenly, with little difference between the richest and poorest citizens.

Legal contracts aren't worth the paper they're written on, judicial robes are the country's hottest fashion trend, one-man canoes fitted with the latest tracking technology leave no room for one man, and guide dogs for the blind have been seen using government websites. Crime is totally unknown, thanks to a very well-funded police force and progressive social policies in education and welfare. Kalosia's national animal is the Dove, which is also the nation's favorite main course, and its national religion is no religion as Kalosia is secular.

Kalosia is ranked 104,890th in the world and 41st in Rushmore for Least Corrupt Governments, with 93.33 percentage of bribes refused.

Most Recent Government Activity: 25 minutes ago