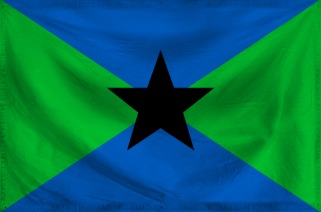 The United States of Jacobopolus is a massive, socially progressive nation, ruled by Jacob Thomas Moore with a fair hand, and notable for its free-roaming dinosaurs, restrictive gun laws, and stringent health and safety legislation. The compassionate, hard-working, democratic, devout population of 4.37 billion Jacobese enjoy a sensible mix of personal and economic freedoms, while the political process is open and the people's right to vote held sacrosanct.

The medium-sized, outspoken government juggles the competing demands of Education, Administration, and Industry. It meets to discuss matters of state in the capital city of Red Oak. The average income tax rate is 75.5%, and even higher for the wealthy.

The frighteningly efficient Jacobese economy, worth 560 trillion Jamoes a year, is driven entirely by a combination of government and state-owned industry, with private enterprise illegal. The industrial sector, which is fairly diversified, is dominated by the Tourism industry, with significant contributions from Book Publishing, Information Technology, and Retail. Average income is an impressive 128,311 Jamoes, and distributed extremely evenly, with little difference between the richest and poorest citizens.

Body doubles and armed bodyguards escort witnesses to and from courtrooms, laborers are building walls and making Wezeltonia pay for it, blue sky thinkers are reminded that the firmament is actually more of a grey-ish colour, and the seats at the back of the parliament are reserved for indigenous ministers. Crime, especially youth-related, is totally unknown, thanks to a capable police force and progressive social policies in education and welfare. Jacobopolus's national animal is the Mountain Lion, which frolics freely in the nation's many lush forests, and its national religion is Jacksonite.

Jacobopolus is ranked 241,553rd in the world and 11th in The Socialist States of Upper Canada for Most Armed, with 0.13 Weapons Per Person.