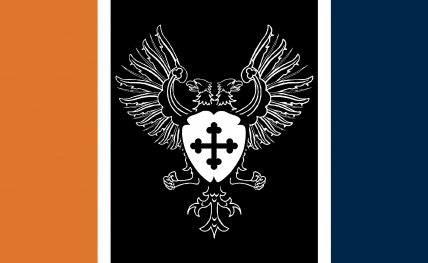 The Constitutional Theocracy of Iandrul is a colossal, efficient nation, ruled by President Jackson with an even hand, and remarkable for its avowedly heterosexual populace, complete absence of social welfare, and stringent health and safety legislation. The hard-nosed, hard-working, cheerful, devout population of 8.716 billion Iandrulians are highly moralistic and fiercely conservative, in the sense that they tend to believe most things should be outlawed. People who have good jobs and work quietly at them are lauded; others are viewed with suspicion.

The relatively small, corrupt government prioritizes Defense, although Law & Order, Industry, and Administration are also considered important, while Environment and Social Policy are ignored. It meets to discuss matters of state in the capital city of Westerfall. Citizens pay a flat income tax of 49.7%.

The frighteningly efficient Iandrulian economy, worth a remarkable 1,794 trillion dollars a year, is broadly diversified and led by the Arms Manufacturing industry, with significant contributions from Information Technology, Uranium Mining, and Retail. Black market activity is rampant. Average income is an amazing 205,907 dollars, with the richest citizens earning 9.5 times as much as the poorest.

The Liberal Progressive and Progressive Liberal parties swear that they have totally different ideologies, nuclear physics is the most popular course at university, delivery truck companies use hospital parking lots to store 16-wheelers, and there are traffic jams at sea as diligent customs officers check every part of every ship. Crime, especially youth-related, is totally unknown, thanks to a capable police force and progressive social policies in education and welfare. Iandrul's national animal is the raven, which teeters on the brink of extinction due to toxic air pollution, and its national religion is Christianity.

Iandrul is ranked 6,171st in the world and 8th in The League for Highest Wealthy Incomes, with 570,796 Standard Monetary Units.