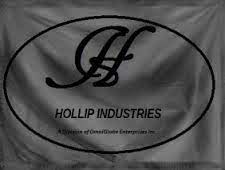 The Parent Company of Hollip is a gargantuan, efficient nation, ruled by the majority shareholder with an even hand, and remarkable for its deadly medical pandemics, feral children, and irreverence towards religion. The hard-nosed, hard-working, democratic, humorless population of 20.098 billion shareholders enjoy some of the most opulent lifestyles in the region, unless they are unemployed or working-class, in which case they are variously starving to death or crippled by easily preventable diseases.

The minute, corrupt, pro-business government, or what there is of one, is effectively ruled by the Department of Defense, with Welfare and Environment not funded at all. It meets to discuss matters of state in the capital city of Executive Conference Room 3. Income tax is unheard of.

The frighteningly efficient Hollish economy, worth a remarkable 7,989 trillion Capital Shares a year, is driven almost entirely by the private sector, which is broadly diversified and led by the Arms Manufacturing industry, with major contributions from Gambling, Retail, and Information Technology. Average income is an amazing 397,545 Capital Shares, and evenly distributed, with the richest citizens earning only 3.9 times as much as the poorest.

Signs at the border tell international drivers where they can put their cars, small children are learning a lot of new words from a teacher with Tourette Syndrome, light entertainment shows are light on actual entertainment, and economists have been named Invertebrates of the Year. Crime, especially youth-related, is all-pervasive, perhaps because of the country's complete lack of prisons. Hollip's national animal is the unpaid intern, which is also the nation's favorite main course.

Hollip is ranked 378th in the world and 1st in Lands End for Largest Cheese Export Sector, scoring 12,365.22 on the Mozzarella Productivity Index.

The Democracy of Red Star,