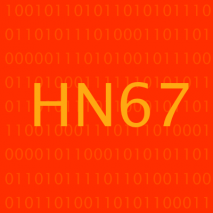 The Benevolency of HN67 is a gargantuan, cultured nation, ruled by Aechen with a fair hand, and remarkable for its teetotalling pirates, prohibition of alcohol, and multi-spousal wedding ceremonies. The compassionate, democratic, cheerful population of 13.463 billion Hnians love a good election, and the government gives them plenty of them. Universities tend to be full of students debating the merits of various civil and political rights, while businesses are tightly regulated and the wealthy viewed with suspicion.

It is difficult to tell where the omnipresent, socially-minded, outspoken government stops and the rest of society begins, but it juggles the competing demands of Education, Environment, and Welfare. It meets to discuss matters of state in the capital city of Roshar. The average income tax rate is 99.3%.

The frighteningly efficient Hnian economy, worth a remarkable 1,995 trillion Hyns a year, is driven almost entirely by government activity, with private enterprise illegal. The industrial sector, which is extremely specialized, is mostly made up of the Information Technology industry, with significant contributions from Book Publishing. State-owned companies are the norm. Average income is an impressive 148,203 Hyns, and distributed extremely evenly, with practically no difference between the richest and poorest citizens.

Advertisements for jobs in the sciences run in fashion magazines, board shorts have replaced board rooms, inter-species marriages are ignored by the government, and the government has pinkie-promised never to use its veto power except in an emergency. Crime is totally unknown, thanks to a capable police force and progressive social policies in education and welfare. HN67's national animal is the Dog, which frolics freely in the nation's many lush forests, and its national religion is Saidin.