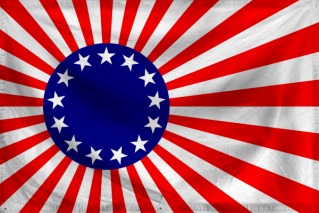 The Kingdom of Haremm is a colossal, efficient nation, ruled by King Makoto with an even hand, and remarkable for its complete lack of prisons, punitive income tax rates, and devotion to social welfare. The compassionate, devout population of 5.903 billion Haremmians are fiercely patriotic and enjoy great social equality; they tend to view other, more capitalist countries as somewhat immoral and corrupt.

The large government juggles the competing demands of Education, Administration, and Healthcare. It meets to discuss matters of state in the capital city of Okuzawa. The average income tax rate is 95.7%.

The frighteningly efficient Haremish economy, worth a remarkable 1,027 trillion remies a year, is quite specialized and led by the Tourism industry, with major contributions from Information Technology, Book Publishing, and Basket Weaving. State-owned companies are common. Average income is an impressive 174,012 remies, and distributed extremely evenly, with practically no difference between the richest and poorest citizens.

Attempts to inform people about their unclaimed property are often mistaken for telephone scams, kindergartners' favourite dance move is the stop-drop-and-roll, tradesmen will knock 10% off their fees if customers pay cash, and the state considers itself the 'third parent' of every child in the nation. Crime, especially youth-related, is totally unknown, thanks to a capable police force and progressive social policies in education and welfare. Haremm's national animal is the pegasus, which soars majestically through the nation's famously clear skies.