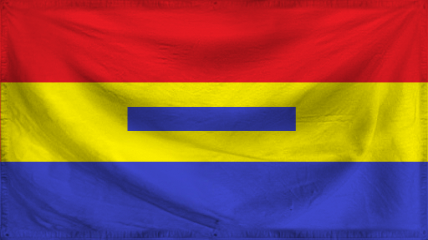 The Federal Republic of Gufand is a massive, environmentally stunning nation, ruled by Gosh Uart with an even hand, and notable for its irreverence towards religion, punitive income tax rates, and stringent health and safety legislation. The quiet, industrious population of 2.043 billion Gufands have some civil rights, but not too many, enjoy the freedom to spend their money however they like, to a point, and take part in free and open elections, although not too often.

The large government juggles the competing demands of Education, Healthcare, and Industry. It meets to discuss matters of state in the capital city of Uruce. The average income tax rate is 54.6%, and even higher for the wealthy.

The thriving Gufand economy, worth 110 trillion Gufand Pesos a year, is quite specialized and led by the Uranium Mining industry, with major contributions from Automobile Manufacturing, Cheese Exports, and Woodchip Exports. State-owned companies are reasonably common. Average income is 53,888 Gufand Pesos, and distributed extremely evenly, with little difference between the richest and poorest citizens.

Roman Catholicism has been named as Gufand's national religion, citizens often pray for divine guidance in supermarkets, indigenous tribal elders can be recognised by their designer watches and expensive suits, and worried-looking neonatal nurses are being deployed in place of SWAT teams during dangerous drug busts. Crime, especially youth-related, is totally unknown, thanks to a well-funded police force and progressive social policies in education and welfare. Gufand's national animal is the Gufand Wolf, which frolics freely in the nation's many lush forests, and its national religion is Roman Catholicism.

Gufand is ranked 185,118th in the world and 323rd in The Free Nations Region for Highest Wealthy Incomes, with 66,475 Standard Monetary Units.

The Egalitarian Dominion of Yutes,