The Great Scientific Polity of Greater Cuba is a gargantuan, genial nation, ruled by Che Castro with a fair hand, and notable for its museums and concert halls, national health service, and unlimited-speed roads. The compassionate, democratic, cheerful population of 30.953 billion Cubans are free to do what they want with their own bodies, and vote for whomever they like in elections; if they go into business, however, they are regulated to within an inch of their lives.

The large, outspoken government juggles the competing demands of Environment, Education, and Welfare. It meets to discuss matters of state in the capital city of Nueva Havana. The income tax rate is 100%.

The all-consuming Greater Cuban economy, worth a remarkable 8,425 trillion Roubles a year, is driven almost entirely by government activity, with private enterprise illegal. The industrial sector is mostly comprised of enterprising ten-year-olds selling lemonade on the sidewalk, although the government is looking at stamping this out. Average income is an amazing 272,214 Roubles, and distributed extremely evenly, with practically no difference between the richest and poorest citizens.

Things are looking up for patients accidentally prescribed erectile dysfunction medication, the recital of citations that follows any political speech can be longer than the speech itself, arbitrary election rules are considered sacrosanct, and more sidewalk is dedicated to animals than people. Crime is totally unknown, thanks to a very well-funded police force and progressive social policies in education and welfare. Greater Cuba's national animal is the dik dik, which frolics freely in the nation's many lush forests.

Greater Cuba is ranked 4,507th in the world and 8th in USSR for Least Corrupt Governments, with 95.24 Percentage Of Bribes Refused. 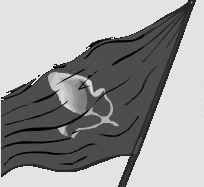