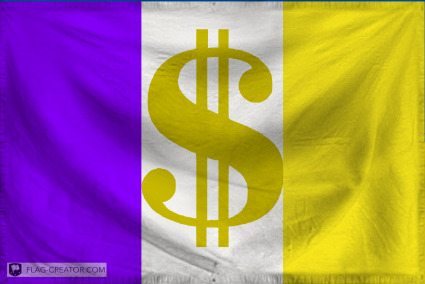 The Federation of Goiky Republic is a huge, efficient nation, remarkable for its rum-swilling pirates, barren, inhospitable landscape, and digital currency. The hard-nosed, hard-working, democratic population of 556 million Objects are either ruled by a sleek, efficient government or a conglomerate of multinational corporations; it's difficult to tell which.

The tiny, pro-business government juggles the competing demands of Defense, Industry, and Administration. It meets to discuss matters of state in the capital city of Yoyle City. Citizens pay a flat income tax of 7.1%.

The frighteningly efficient Objectian economy, worth 69.5 trillion Coinies a year, is broadly diversified and led by the Arms Manufacturing industry, with major contributions from Gambling, Information Technology, and Retail. Average income is an impressive 125,064 Coinies, but there is an enormous disparity between incomes, with the richest 10% of citizens earning 745,706 per year while the poor average 9,582, a ratio of 77.8 to 1.

Soldiers stream their classified military operations live for millions of fans, mining is the nation's most dangerous occupation, "Surfin' FGR" is a hit, and athletic teenagers are among the wealthiest members of society. Crime is a major problem, with the police force struggling against a lack of funding and a high mortality rate. Goiky Republic's national animal is the Fish Monster, which teeters on the brink of extinction due to heavy metals seepage into national waterways.

Goiky Republic is ranked 3,877th in the world and 10th in Wintreath for Highest Wealthy Incomes, with 745,706 Standard Monetary Units.