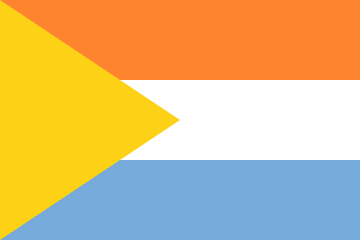 The Provisional Administration of Ghedeland is a massive, socially progressive nation, ruled by Interim Chairwoman Taeko Van Pels with an even hand, and remarkable for its ritual sacrifices, enslaved workforce, and infamous sell-swords. The compassionate, hard-working, cheerful population of 4.815 billion Ghedelandians enjoy extensive civil freedoms, particularly in social issues, while business tends to be more regulated.

The medium-sized, corrupt, liberal government juggles the competing demands of Education, Administration, and Industry. It meets to discuss matters of state in the capital city of Kantora. Citizens pay a flat income tax of 68.3%.

The frighteningly efficient Ghedelandian economy, worth a remarkable 1,112 trillion Samedi Francs a year, is quite specialized and mostly comprised of black market activity, especially in Information Technology, Tourism, Retail, and Soda Sales. State-owned companies are reasonably common. Average income is an amazing 231,075 Samedi Francs, with the richest citizens earning 8.0 times as much as the poorest.

Janitors and factory workers are often better educated than the bosses they work for, internet sites are legally unable to stop their users from posting pornography, public footpaths are being slowly eroded by the burgeoning number of ramblers, and people applying for famine relief must prove their gastrointestinal tracts are empty. Crime, especially youth-related, is all-pervasive, perhaps because of the country's complete lack of prisons. Ghedeland's national animal is the Black Faced Seagull, which soars majestically through the nation's famously clear skies, and its national religion is Voodoo.

Ghedeland is ranked 4,143rd in the world and 9th in Commonwealth of Liberty for Fattest Citizens, with 26.56 Obesity Rate.

Most Recent Government Activity: 80 minutes ago