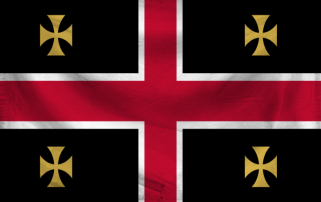 The Holy Christian Empire of Dominant Oppressors is a massive, orderly nation, ruled by Holy Emperor Adam J Vader with an iron fist, and notable for its triple-decker prams, otherworldly petting zoo, and devotion to social welfare. The hard-nosed, cynical, humorless, devout population of 3.875 billion Dominant Oppressorians are kept under strict control by the oppressive government, which measures its success by the nation's GDP and refers to individual citizens as "human resources."

The large, corrupt, well-organized government juggles the competing demands of Defense, Law & Order, and Administration. It meets to discuss matters of state in the capital city of Risen Christ City. The average income tax rate is 91.2%, and even higher for the wealthy.

The frighteningly efficient Dominant Oppressorsian economy, worth 539 trillion Kybers a year, is mostly made up of the Arms Manufacturing industry, with significant contributions from Uranium Mining, Door-to-door Insurance Sales, and Woodchip Exports. State-owned companies are common. Average income is an impressive 139,335 Kybers, and distributed extremely evenly, with little difference between the richest and poorest citizens.

Soldiers' positions are given away by the glint of their bayonets, phone taps are frequently carried out by the police, requests to "pass the salt" are supported by tank divisions, and Dominant Oppressors isn't what it used to be. Crime, especially youth-related, is totally unknown, thanks to the all-pervasive police force and progressive social policies in education and welfare. Dominant Oppressors's national animal is the Dragon, which teeters on the brink of extinction due to toxic air pollution, and its national religion is Roman Catholic Christianity.

Dominant Oppressors is ranked 219,461st in the world and 12th in United Christian Empires of the West for Largest Basket Weaving Sector, scoring -7.76 on the Hickory Productivity Index.