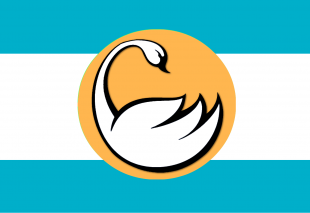 The Commonwealth of Comhar is a colossal, safe nation, ruled by Katherine Janeway with an even hand, and remarkable for its anti-smoking policies, complete lack of prisons, and devotion to social welfare. The compassionate, democratic, cheerful population of 9.997 billion Comharians have some civil rights, but not too many, enjoy the freedom to spend their money however they like, to a point, and take part in free and open elections, although not too often.

The large government prioritizes Education, with Environment, Healthcare, and Industry also on the agenda, while Spirituality receives no funds. It meets to discuss matters of state in the capital city of Greenvale. The average income tax rate is 95.1%.

The frighteningly efficient Comharian economy, worth a remarkable 1,595 trillion gold dollars a year, is quite specialized and led by the Tourism industry, with major contributions from Information Technology and Book Publishing. State-owned companies are reasonably common. Average income is an impressive 159,548 gold dollars, and distributed extremely evenly, with little difference between the richest and poorest citizens.

Parents seeking custody have to write a five-thousand word analysis of their child's imaginary friend, there's nothing more gay than bleeding for your nation, the government is deliberately installing bloatware onto computers, and nouveau riche farmers diligently take care of their golden calf herds. Crime, especially youth-related, is totally unknown, thanks to a capable police force and progressive social policies in education and welfare. Comhar's national animal is the swan, which is also the nation's favorite main course.

Comhar is ranked 11,064th in the world and 32nd in International Democratic Union for Highest Economic Output, with 1,595 trillion Standard Monetary Units.

The Enlightened Lands of a Perfect Order,

New Lusitania and the Algarves,