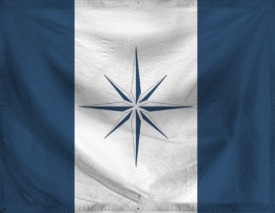 The City State of Cenagrad is a colossal, efficient nation, ruled by Nicolas Tryvansky with an even hand, and renowned for its keen interest in outer space, absence of drug laws, and punitive income tax rates. The hard-nosed, hard-working, humorless population of 9.393 billion Cenagradians enjoy extensive civil freedoms, particularly in social issues, while business tends to be more regulated.

The large government juggles the competing demands of Education, Industry, and Healthcare. It meets to discuss matters of state in the capital city of Oured. The average income tax rate is 85.5%, and even higher for the wealthy.

The frighteningly efficient Cenagradian economy, worth a remarkable 1,580 trillion Janas a year, is dominated by the Information Technology industry, with significant contributions from Retail, Uranium Mining, and Book Publishing. Black market activity is frequent. Average income is an impressive 168,238 Janas, and distributed extremely evenly, with little difference between the richest and poorest citizens.

Stray dogs and children root through the trash for snacks, Cenagrad is notorious for its citizens' infidelity, in life full of care there is no time to stop and stare, and both criminals and civilians are DOA. Crime is totally unknown. Cenagrad's national animal is the Flying Spagetti Monster, which teeters on the brink of extinction due to toxic air pollution.

Cenagrad is ranked 11,147th in the world and 10th in The Hole To Hide In for Highest Economic Output, with 1,580 trillion Standard Monetary Units.