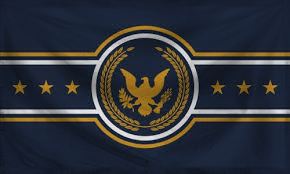 The Federal Union Republic's of Cananirevins is a massive, environmentally stunning nation, ruled by Federal Union President Cananirevius with an even hand, and notable for its zero percent divorce rate, otherworldly petting zoo, and parental licensing program. The hard-nosed, hard-working population of 2.202 billion Cananirevinsians have some civil rights, but not too many, enjoy the freedom to spend their money however they like, to a point, and take part in free and open elections, although not too often.

The medium-sized government juggles the competing demands of Education, Industry, and Administration. It meets to discuss matters of state in the capital city of Cananirevium. Citizens pay a flat income tax of 49.0%.

The frighteningly efficient Cananirevinsian economy, worth 275 trillion C-Dollars a year, is broadly diversified and led by the Information Technology industry, with major contributions from Tourism, Book Publishing, and Beef-Based Agriculture. State-owned companies are reasonably common. Average income is an impressive 125,161 C-Dollars, with the richest citizens earning 7.9 times as much as the poorest.

Cananirevins is ranked 30,772nd in the world and 54th in Cape of Good Hope for Most Cultured, scoring 78 on the Snufflebottom-Wiggendum Pentatonic Scale.