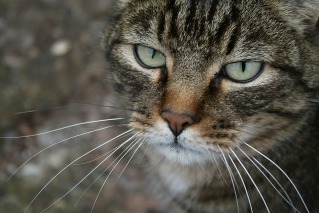 The Autocracy of Alekseandrea is a gargantuan, cultured nation, ruled by The man with an iron fist, and remarkable for its pith helmet sales, public floggings, and digital currency. The hard-nosed, cynical, humorless population of 11.479 billion Alekseandreans are ruled by a mostly-benevolent dictator, who grants the populace the freedom to live their own lives but watches carefully for anyone to slip up.

The large, corrupt, well-organized government juggles the competing demands of Education, Defense, and Law & Order. It meets to discuss matters of state in the capital city of Echo base. The income tax rate is 100%.

The frighteningly efficient Alekseandrean economy, worth a remarkable 3,239 trillion Workhours a year, is led by the Information Technology industry, with significant contributions from Arms Manufacturing and Book Publishing. State-owned companies are common. Average income is an amazing 282,219 Workhours, and distributed extremely evenly, with little difference between the richest and poorest citizens.

Government police forces protect public schools from the threat of protest, the government strictly regulates whale harvest quotas, betting pennies on games of Go Fish is considered deviant, and truncheon-mounted cameras record the beating of criminals in dynamic HD detail. Crime, especially youth-related, is totally unknown, thanks to the all-pervasive police force and progressive social policies in education and welfare. Alekseandrea's national animal is the Tortoise, which frolics freely in the nation's many lush forests.