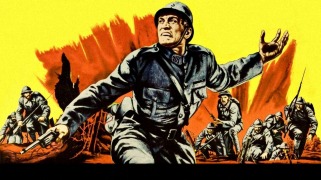 The Glorious Paths of
3XH181T B
Left-wing Utopia Drugged-Out Hippies
Someone's got to be hurt. The only question is who.
Influence
Handshaker
Region
Schopenhauer
Civil Rights
Excellent
Economy
Frightening
Political Freedom
Excellent

The Glorious Paths of 3XH181T B is a massive, efficient nation, ruled by The Faithful Hussar with a fair hand, and renowned for its keen interest in outer space, free-roaming dinosaurs, and devotion to social welfare. The compassionate, democratic, cheerful population of 3.919 billion 3XH181T Bians are free to do what they want with their own bodies, and vote for whomever they like in elections; if they go into business, however, they are regulated to within an inch of their lives.

The large, socially-minded government juggles the competing demands of Education, Administration, and Environment. It meets to discuss matters of state in the capital city of Kubrick. The average income tax rate is 91.2%, and even higher for the wealthy.

The frighteningly efficient 3XH181T Bian economy, worth 573 trillion Francs a year, is driven entirely by a combination of government and state-owned industry, with private enterprise illegal. The industrial sector, which is quite specialized, is led by the Information Technology industry, with major contributions from Tourism, Book Publishing, and Basket Weaving. Average income is an impressive 146,267 Francs, and distributed extremely evenly, with practically no difference between the richest and poorest citizens.

Cops shout apologies with every swing of their baton, promising seven years of bad luck leads to seven years of community service, there is a growing belief that consciousness is a simulated illusion within a computer-generated reality, and social networking sites have discussion groups devoted to planning terrorist attacks. Crime, especially youth-related, is totally unknown, thanks to a capable police force and progressive social policies in education and welfare. 3XH181T B's national animal is the Ant, which frolics freely in the nation's many lush forests, and its national religion is Trench Warfare.

3XH181T B is ranked 47,688th in the world and 8th in Schopenhauer for Largest Basket Weaving Sector, scoring 4,069.82 on the Hickory Productivity Index.